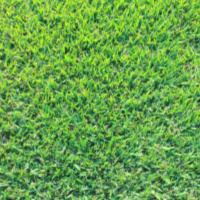 Empire Zoysia grass is quickly gaining a reputation for outperforming other grass types, including some of Australia’s most-loved buffalo grasses.

Lovely fine leaves, ability to flourish year-round in all sorts of extreme weather conditions and very low maintenance requirements all make Empire Zoysia the turf of choice for anyone wanting a good-looking, hassle-free lawn.

Unlike buffalo grasses which can get spongey when not properly maintained, Empire Zoysia turf is known have a dense sward with minimal thatching. In addition to this, its deep root and rhizome system effectively chokes out weeds and buffalo grasses, so owners can enjoy a uniform look with minimal effort.

While other grasses can wilt and brown under the Queensland sun, Empire Zoysia thrives in hot and humid conditions.

Empire Zoysia requires 2-3 times less mowing and edging than most other varieties of turf. This grass also needs less water than other turfs and is highly resistant to pests, making Empire Zoysia the perfect choice for anyone who wants to keep their ongoing maintenance costs low.

The Department of Primary Industries has found that Empire Zoysia is more drought tolerant than all varieties of couch, kikuyu, buffalo turf and other Zoysia types. Nothing else on the market looks as good as Empire Zoysia does with so little water.

Empire Zoysia is extremely resistant to pests and herbicides. It is naturally able to resist Army Worm and Web Worm and is much less damaged by Black Beetle than other grasses. Empire Zoysia also fares well when sprayed with chemicals designed to stop kikuyu invasion.